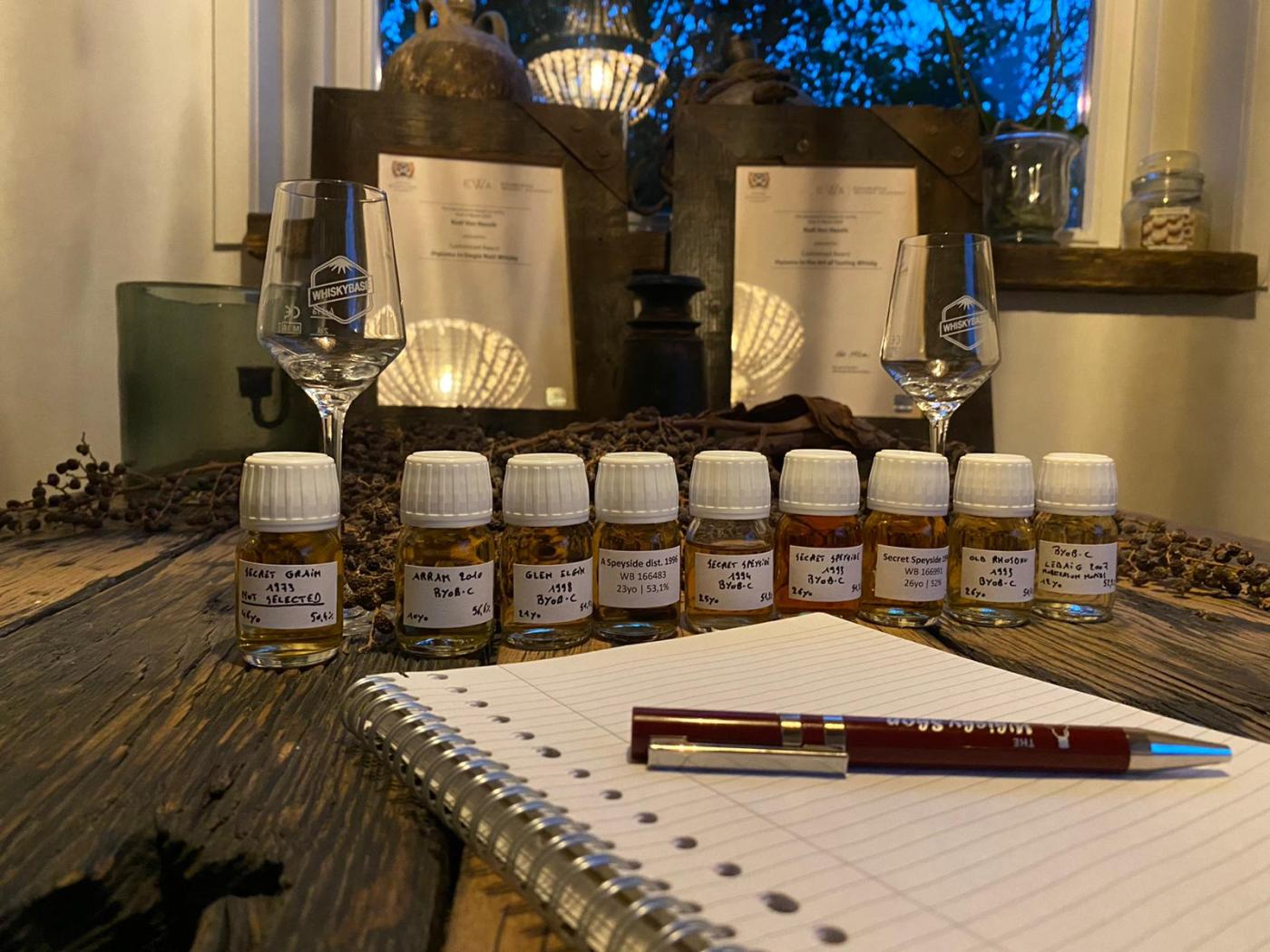 This acronym for “Bring Your Own Bottle Club” is not only an acronym, but also an Independent Bottler from Belgium. Luckily for us… we know one of the head founders 😉

And… he’s beside the founder of Klubb23 (which we’re part of) also a good personal friend.

This IB is based in Belgium and started from scrap with 8 members founding a club. After that they decided to bottle their own liquid in their range “Lads of Lobland – Monarchy of the lads” (8 releases). Cool and funny fact: check out those labels, you’ll find hints about the founding 8!

The BYOB-C has had help from no other than Jürgen Vromans, you know… that guy from “The Whisky Mercenary” and Adri & Willem from casQueteers, to grow as a club/community.

So far BYOB-C has released 4 series:

So what about those bottlings… are they any good? Well we’ve tried some and we’d love to share our journey and exploration with you:

If you havent encountered with BYOB-C before… now you have 😉🥃
We surely enjoyed these samples. Our favorite was the Ledaig and we had some disagree about the Old Rosdhu (Loch Lomond). I, @Whiskypeater, had some off notes with it, like a fishnet with decayed fish… But my brother, @Dramtastic.86, actually liked it and translated it to Fish Oil, but in a funky good way 😅.

We also tried a Secret Grain from 1973, 46yo @ 50.4% ABV… But it wasn’t selected! You know why, because we do?! Apparently it was good, and it was indeed, but the retail price point was off. And that shows that this Independent Bottler isn’t out there to make money, but to bottle whisky for enthousiasts, by enthousiast. And that’s exactly our way of life when it comes to whisky…

“Whisky…
It’s not only the water of life, it’s more…
It’s a liquid that brings people together and creates special connections…”

We’d like to thank Dominic from BYOB-C for these samples and sharing in each others journey. We’re looking forward to future and we know there’s some awesome bottlings coming out soon! Someone say: “Kitty Cat 😻”?

Stay tuned and keep an eye out for this Independent Bottler…